(NASHVILLE, Tenn.) Toby Keith's 2005 album Honkytonk University marks the 15th anniversary of its release May 17, and a look back reveals much to celebrate. Platinum certified by the RIAA, the 12-song collection spawned several big hits including the six-week No. 1 "As Good As I Once Was." With a song unlike anything he'd ever written or recorded, a format-defining smash and lifelong goal duet, Honkytonk University encapsulates a singer, songwriter and superstar at his absolute best.

Every song finds the future Songwriters Hall of Fame inductee credited, as well as frequent co-writers Scotty Emerick and Dean Dillon. Keith produced with James Stroud, and the album's three singles included "Honkytonk U" and "Big Blue Note." The latter impelled Keith to say at the time, "I've never written anything quite like it. It's just one of those things that happens to you as a songwriter. You're going to write enough of them that one's going to end up psychedelic ... I like to say on those that we happened to be the only writers up that night when that one floated by."

As beloved by fans as those two songs are - and they've more than earned their place in Keith's prodigious catalog of hits - it's the six-week No. 1 "As Good As I Once Was" that was and is the album's centerpiece. A career and format shaping song, the platinum-certified "As Good As I Once Was" was recognized as BMI Song of the Year and has logged more than four million performances since its release. The song's video was also recognized as Video of the Year. As for streaming, the video has more than 82 million views on YouTube alone, and in excess of 400 million plays across all platforms.

The sentimental favorite on the album is the Merle Haggard duet "She Ain't Hooked On Me No More." Written with Emerick, the song connected Keith with his musical hero in an indelible way. "We got done with it and I said, man this sounds like Haggard," Toby said at the time. "I'd always wanted to do a duet with Willie and I've always wanted to do a duet with Merle Haggard. I got my duet with Willie, several times, but never with Merle. I thought, let's see if he'll do it. He loved the song when he heard it and said let's get it on ... I don't know if it's a radio song, but I know the fans are going to love it."

The duet holds a prominent place in the relationship the two shared. More than their Oklahoma roots, a musical bond born of Keith's tremendous respect for Haggard carried through. "He never did stray off the beaten path," Keith told Billboard after Haggard's 2016 passing. "He never quit writing the same style of songs. He was my idol." Keith offered a number of musical tributes to Haggard, but perhaps the most telling took place two months before Merle's death. Struggling with a respiratory ailment and worried he wouldn't get through a full set in a Las Vegas ballroom, Haggard pulled Keith aside and asked which of the elder's songs he could cover if needed. "All of 'em," Keith said. "And I don't need a teleprompter." Haggard called Keith to the stage a few songs in and, true to his word, Keith stepped right in, joined Haggard, and didn't miss a beat.

Kick off the celebration of the 15th Anniversary by joining a special fan listening party this Friday, May 15th. Starting at 12:00 p.m. pacific/2:00 p.m. central/3:00 p.m. eastern, fans will be sharing their favorite songs, lyrics, and memories. Tune in at https://UMe.lnk.to/TKListeningPartyPR

2. As Good As I Once Was, Toby Keith/Scotty Emerick

3. She Ain't Hooked On Me No More, duet with Merle Haggard

5. Just The Guy To Do It, Toby Keith/Scotty Emerick

9. I Got It Bad, Toby Keith/Chuck Cannon

12. You Caught Me At A Bad Time, Toby Keith/Scotty Emerick 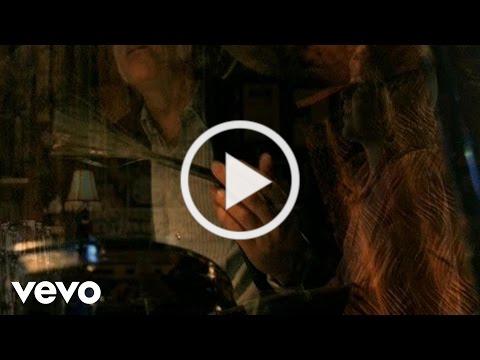