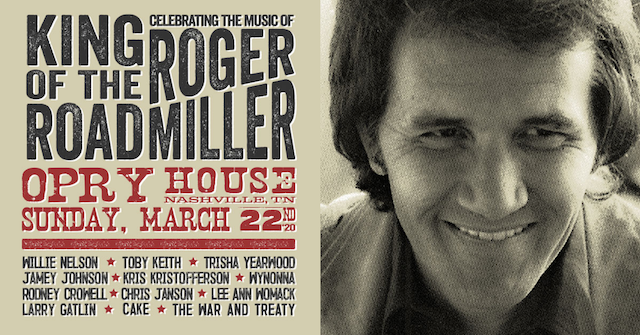 Blackbird Presents is excited to announce a star-studded concert event at the historic Opry House. King Of The Road: Celebrating The Music Of Roger Miller celebrates the songs of one of country music’s most beloved singer-songwriters widely known for his honky-tonk-influenced chart-topping hits.

If you are a Toby Keith Fan Club member, you can click here for presale tickets!

Tickets go on sale to the public on  Friday, January 24, at 10:00 AM CT at ticketmaster.com and the Opry House Box Office.